The Quality of Mercy: Collaborative Practice, Forgiveness, and Healing

The Quality of Mercy: Collaborative Practice, Forgiveness, and Healing 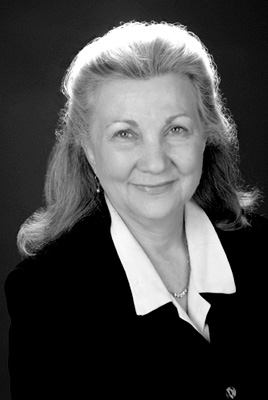 Back when email was brand new, I chose the email moniker, Portia1000@aol.com. I chose this because Portia, a female character in Shakespeare’s “The Merchant of Venice” dresses up like a man and acts as an attorney for Antonio, the erstwhile “merchant,” who has lost a law suit against Shylock, a moneylender, and the contract called for a “pound of flesh” if breached. When there began to be actual female attorneys, they were often termed as “Portias.” But I also chose the moniker for perhaps the loveliest speech in all of Shakespeare, when Portia pleads to the court for mercy, to not require Antonio to give up his pound of flesh:

The quality of mercy is not strain’d,

It droppeth as the gentle rain from heaven

Upon the place beneath: it is twice blest;

It blesseth him that gives and him that takes:

‘Tis mightiest in the mightiest: it becomes

The throned monarch better than his crown

Webster’s defines “mercy” as being “compassionate or exercising kindly forbearance toward an offender, an enemy, or other person in one’s power.” It is a form of forgiveness, but it is forgiveness given in a situation where the one giving it has the power to hurt or punish the erring party.

As Collaborative professionals and mediators, we often see in our family law cases parties who are lusting for their “pound of flesh.” They feel wronged, think of themselves as victims of the other party, and they have the power to hurt the other party in numerous ways, even though California is a no-fault state. Often, both parties have the ability to inflict wounds on each other. It is our job to help them let this anger go and to forbear inflicting those wounds, and, in doing so, to grant mercy to each other.

I recently read a book by a dedicated death penalty defense attorney named Bryan Stevenson. The title is “Just Mercy: A Story of Justice and Redemption.” Stevenson has seen mercy in action. He has sought it from courts, from the victims of crime, from the families, friends and society of the victim. Toward the end of the book, he describes a scene, and gives an insightful description of mercy.

“I understood that even as we are caught in a web of hurt and brokenness, we’re also in a web of healing and mercy. I thought of the little boy who hugged me outside of church, creating reconciliation and love. I didn’t deserve reconciliation or love in that moment, but that’s how mercy works. The power of just mercy is that it belongs to the undeserving. It’s when mercy is least expected that it’s most potent.”

We too are caught up in the web of hurt and brokenness of that family, and, somehow, we need to find a way to help the party who would be the avenger to find mercy within so that healing can begin. As Portia’s speech says, “It blesseth him that gives and him that takes.”

So in this season of gift giving, we need to show our clients that bestowing mercy on the undeserving party is the greatest gift they can give to their families and to themselves, so the New Year can bring healing.

There is no joint venture, partnership, employment or agency relationship between any of the persons named on this website, or with any user of this website.

The views expressed by any individual in FDS are those of that individual only and may not reflect the views of FDS.