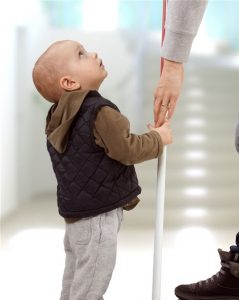 Today there are many situations where a third or fourth person is acting as a parent to a child. The collaborative process offers people in this situation to reach a resolution of who is a parent and how they will share parenting time and responsibilities without going to court. There is nothing in the collaborative process that limits the number of parties or attorneys who may participate. Each parent or potential parent could hire a collaborative attorney and coach who can work with them to create creative solutions to the family challenges that they are facing.

If the parties in C.A. v. C.P. had used the collaborative process, instead of litigating in court, they could have worked with a child specialist to help the parties understand the child’s developmental needs and attachments. If they had done that then maybe, rather than cutting off the biological father, as the mother did, and engage in thousands of dollars of litigation fees, they could keep the child’s relationship with all adults intact and create a parenting plan that best met the child’s needs. Additionally, in C.A. v. C.P., the minor child was diagnosed with autism. Working with collaborative attorneys and a child specialist would also help them better meet the child’s special needs.

When a court finds that a child has more than two parents, there is nothing that requires all of three parents to have equal decision making or timeshare. Therefore, in the collaborative process, the parties could fashion decision making and parenting time in ways that include the biological father but do not upset the married couple’s intact family unit.

Posted in Family, Family Divorce Solutions, Uncategorized
← How the New Tax Law Affects AlimonyTips on How to Tell Your Spouse You Want a Divorce →