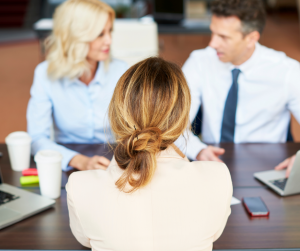 When a couple chooses to dissolve their marriage using the collaborative divorce process, they work together with a team of experts to draft a mutually agreed-upon settlement. That team is comprised of an attorney for each spouse, a financial neutral, and mental health professional(s) to help the couple with communication, co-parenting issues, and perhaps a child specialist if there are children involved. More often than not, the collaborative process is exponentially less costly than a litigated divorce.

This process can be extremely complicated and costly as it requires a large amount of documentation and impeccable record keeping.

For example, in a recent litigated case I was involved in, documents had to be authenticated before being allowed into court because, otherwise, they are considered hearsay.  It was a complicated process because of the numerous transactions required to prove the asset was their separate property.

The mere fact that the client received an inheritance and a few months later bought a property does not make it separate. The client had to show the source of the funds, where they were deposited, and how those funds were used. This was a very complicated separate property claim that took a great deal of time and cost this client a great deal of money.

But when you utilize the collaborative divorce process, agreeing that assets are your separate property may be much more straightforward, less costly, and not as time-consuming.

For example, back in 2010, I was retained for a Collaborative Divorce for clients that had interests in 20 hotels, 11 of which had separate property interests.

This could have never been done in a court setting, as each separate property claim would have to be supported with its own tracing and evidence.

Imagine the cost to the clients to complete this for the 11 hotels that had separate property interests? The cost would have outweighed the settlement and most likely would have taken years to complete.

Bottom line – as the collaborative process is a voluntary, out of court process, the team can work outside the box and develop agreements that will save clients tremendous fees, costs, time, and the emotional distress of going to court.

In this particular collaborative divorce case, the time saved was years! It allowed this family to be able to work with each other in a dignified, private, and cost-effective manner. It allowed them to keep their family unit together by having an amicable divorce and without expending all of their assets on fees and court costs. In addition, they were the ones to make all the decisions instead of leaving the decision making to a judge.

If you are considering a divorce, I strongly recommend you to look into the collaborative divorce process to determine if it would be a better way to go.